Welcome to our land!
Château de Villegeorge and Château La Tour de Bessan are both family-owned properties situated in the heart of the Medoc. Come and discover these two châteaux where we create our wines and be welcomed by a dynamic team that has been committed to sustainable development for decades.
Read more

On completing her degree in winemaking and oenology in 1984, Marie-Laure Lurton was employed by her father, Lucien Lurton, at his wine estates in the Medoc. In 1986 she took on the wine production management with her brother, Henri. In 1992, when the family’s châteaux were being passed down to the next generation, the young oenologist inherited Château de Villegeorge and Château La Tour de Bessan. Supported by a strong, competent team at every stage of production, this Medoc Marathon runner creates elegant and balanced wines that express the character of their vintage. 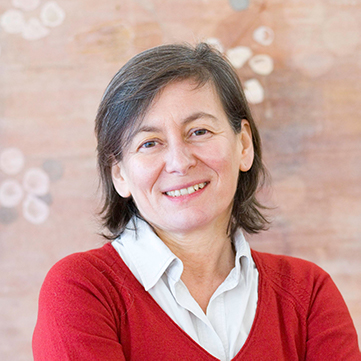 MARIE-LAURE LURTON
The owner of both Château La Tour de Bessan in Margaux and Château de Villegeorge in Avensan.
Margaux

This wine estate was originally part of the grounds of a 13thC tower situated in Soussans. Today, the tower is the remains of a former fortified site that was built to protect the lord Jehan Colomb while he was staying on his land. Several illustrious local families then succeeded him: the Durfort, the Garros and then the lords of Mons in 1488. Their last of the line, Thérèse, married the son of the great author Montesquieu in 1740. Their descendants kept the title of Lord of Soussans until the French Revolution.
In 1972 Lucien Lurton bought the tower and vineyards from the Clauzel family. In 2020, renovation work was carried out by Marie-Laure Lurton on the tower in order to preserve this historic monument.
Find out more
Haut-Médoc

The wines of Villegeorge were appreciated as early on as the 18thC, to the extent that their price rose to the same level as wines classed as 3rd growths in 1855. In 1880 the domain was bought by the Clauzel family who turned it into a model vineyard. When a committee of Bordeaux wine merchants established the classification for the Crus Bourgeois in 1932, only six were granted the distinguished Cru Exceptionnel (Exceptional Growth), including Château de Villegeorge.
Lucien Lurton recognised the quality of the soils and purchased the property in 1973, building the cellars in a former tile manufacturing building.
Find out more
Where to buy our wines

The Vignobles Marie-Laure Lurton are on the main social media channels so that you can share our daily lives from behind the scenes of our wine estates. Don’t hesitate to follow us and ask us all your questions!
InstagramFacebook
Alcohol can damage your health and should be consumed in moderation.
To view this site you must have reached the minimum legal age required for the consumption of alcohol in your country of residence.
Contact us
Online shop
Legal Notices & Cookies PolicyLurton Family
Website by Communication Vin
© Vignobles Marie-Laure Lurton
Top