Château de Villegeorge’s 12.32 hectare vineyard is situated in the commune of Avensan in the Haut-Medoc appellation. The vineyard blocks are made up of deep gravel which is particularly conducive to the production of great wines.
Each step of production is carefully adapted to each vineyard block. The soil, sub-soil, exposure to the elements and slope are all taken into account when making decisions on planting new vines.
Château de Villegeorge

In the 18th century the wines of Château de Villegeorge were admired for their high quality and compared to that of wines classed as 3rd growths in 1855. In 1880 the domain was bought by the Clauzel family who turned it into a model vineyard.
When a committee of Bordeaux wine merchants established the classification system for the Crus Bourgeois in 1932, Villegeorge received the distinguished Cru Exceptionnel (Exceptional Growth). This was reconfirmed in 1966.
Lucien Lurton recognised the quality of the deep gravelly soils and purchased the property in 1973, when he began bringing it back to life. When his portfolio of wine châteaux was divided among his children in 1992, he entrusted Villegeorge to Marie-Laure. The qualified wine maker had already been making the wines here since 1986.
In 1997, the first stage of renovations undertaken was the extension of the tank room and the installation of a waste product recycling system. At the end of 2007, more work was done in order to increase the size of the barrel cellar, modernise the grape reception area and create a large reception room for events.
Château de Villegeorge is now on both Facebook and Instagram. Come and follow us! 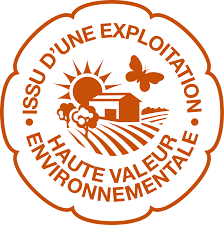 HVE 3 Environmental Certification
The HVE system is a French highly stringent environmental certification programme which guarantees adherence to farming practices that integrate and develop biodiversity, as well as minimising any herbicides or pesticides as much as possible in the wine farm’s daily management. 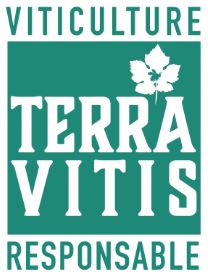 TERRA VITIS
In 2003 the estate was certified by Terra Vitis. This organisation monitors the adherence to the guidelines of Integrated Management in the vineyard. The estate has received the stamp of approval every year since 2003.
Downloads

Where to buy our wines

The Vignobles Marie-Laure Lurton are on the main social media channels so that you can share our daily lives from behind the scenes of our wine estates. Don’t hesitate to follow us and ask us all your questions!
InstagramFacebook
Alcohol can damage your health and should be consumed in moderation.
To view this site you must have reached the minimum legal age required for the consumption of alcohol in your country of residence.
Contact us
Online shop
Legal Notices & Cookies PolicyLurton Family
Terra VitisWebsite by Communication Vin
© Vignobles Marie-Laure Lurton
Gérer le consentement aux cookies
Nous utilisons des cookies pour optimiser notre site web et notre service.
Manage options Manage services Manage vendors Read more about these purposes
Préférences
{title} {title} {title}